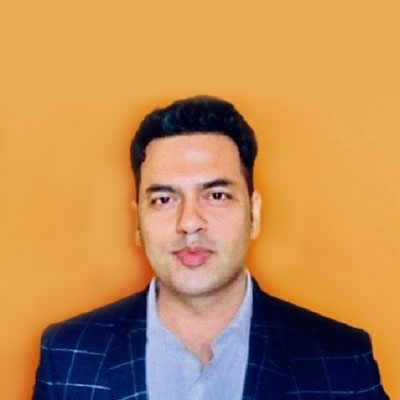 Before moving to Star-Disney, Tirthankar Dutta was Sr VP and Head of Information Security at Infoedge India, an internet classified company.
Share to lead the transformation 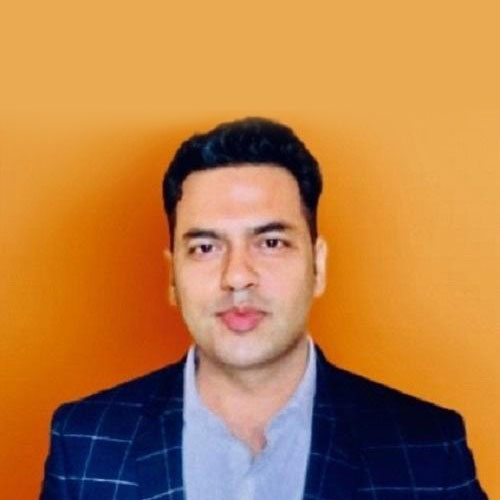 Tirthankar Dutta has joined as the Vice President (VP) and CISO of Indian media conglomerate Star-Disney India, a Walt Disney subsidiary in India.

In his new role at Star-Disney, Dutta will spearhead the company’s security transformation initiatives and provide the necessary direction and guidance to the CTO/CFO and key Disney-Star business leadership members.

As an IT professional with over 14 years of experience, Dutta has led several IT and IT security projects in top financial services, travel shopping, and IT services companies such as Religare, Expedia, HCL, TCS, and IBM.

Dutta has established and implemented large information security programs, including deploying a patent-pending fraud detection solution that protected thousands of clients from phishing attacks. He has been credited with performing evaluation and selection of IT security tools and successfully implemented IT security systems to protect availability, integrity, and confidentiality of critical business information and information systems.

Before moving to Star-Disney, Dutta was the Sr VP and Head of Information Security at Infoedge India, a pure-play internet classified company. At Infoedge, he led the information security program and built cohesive security and compliance programs to address state and Country statutory and regulatory requirements effectively.

Owned by the Walt Disney Company, Star-Disney India is an Indian media conglomerate with its headquarters in Maharashtra. The media company offers content in eight languages through its 60 channels. Its network reaches approximately 790 million viewers a month across India and globally.

The minister says 600 MMT of non-fossilized biomass could be converted to energy.

Minister of Petroleum and Natural Gas & Steel Dharmendra Pradhan has said that India produces approximately 600 MMT of non-fossilized biomass through farm waste, as per a Press Information Bureau release. This, if converted to energy, can help usher prosperity in rural economy, promote a sustainable energy and make our Annadatas (foodgrains providers), our Urjadatas (energy providers), in line with PM’s vision of Waste to Wealth creation.

Pradhan was speaking at the launch of Atal Community Innovation Centre (ACIC) in New Delhi, which has been set up to encourage the spirit of innovation at the community level across the country.

Noting that this was a CSR initiative in true sense, Pradhan expressed full support for the culture of innovation in the country and assured that the public sector undertakings from steel and petroleum sectors will provide support and hand-holding in this innovation mission. “I have asked Public Sector Undertakings (PSUs) to support this initiative, I also request NITI Aayog & AIM to innovate ACICs to help in finding innovative solutions to extract consumable energy from Biomass available in the country”, the minister said. He added that unique and incentivized solutions offered by ACICs will encourage students, researchers and other individuals/group of individuals to ideate and design novel solutions. ACICs will also connect innovative thinkers to our market and mainstream economy. 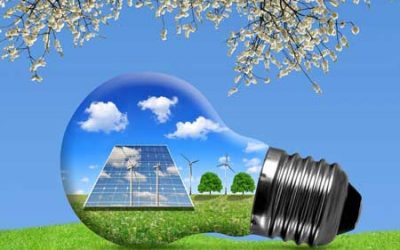 The meetings were held on the sidelines of first International Solar Alliance (ISA) Standing Committee Meeting in New Delhi. During the meetings, the Minister discussed various issues pertaining to ISA and areas of bilateral cooperation between India and these countries in Energy sector.

The ISA is an alliance of more than 122 countries headquartered in India. As the largest grouping of countries after the United Nations, ISA’s objective is to leverage solar energy in an efficient manner in order to reduce dependence on fossil fuels. As per the International Solar Alliance (ISA), it is conceived as a coalition of solar resource rich countries to address their special energy needs and provide a platform to collaborate on addressing the identified gaps through a common, agreed approach. The initiative was first proposed by India’s Prime Minister Narendra Modi in 2015.

The Ministry of Shipping is keen to start inland waterways navigation and passenger transportation in the rivers in the North Eastern states of the country. Mansukh Mandaviya, Minister of State (Independent Charge) of Shipping and MoS, C&F has said that the public sector company Water and Power Consultancy Services Limited (WAPCOS) is preparing a model detailed project report (DPR) for implementing projects for running low-cost ferry services in the inland waterways in these states. This model DPR can be adopted for quick implementation by the Inland Waterways Authority of India in consultation with the different state governments in the region.

As per a PIB release, Mandaviya also said that inland waterways transport can be a game changer for the North Eastern states as land routes here are often long, circuitous and time consuming due to the difficult terrain. Besides bringing ease of movement, the waterways projects will also help generate employment locally, he said.

It is noteworthy that after the passing of the 2016 National Waterways Act, India has made significant progress in developing new waterways. When it comes to the Northeast, waterway navigation could help cut distances as well as the carbon footprint in the region by several notches and hence may be seen as a positive for the environment. Given the intent to focus on low-cost ferry services, the impact on river ecology may also be designed to be minimum. 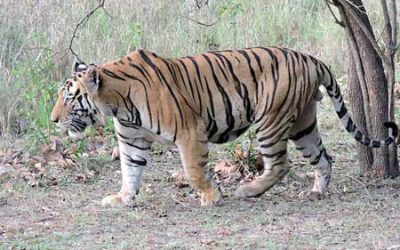 On the occasion of Global Tiger Day today, Prime Minister Narendra Modi released the results of the fourth cycle of All India Tiger Estimation – 2018, at Lok Kalyan Marg in New Delhi. The count of tigers in India, has risen to 2,967, in 2018, according to this survey.

Speaking on the occasion, the Prime Minister described this as a historic achievement for India, and reaffirmed India’s commitment towards protecting the tiger. The Prime Minister appreciated the speed and dedication with which various stakeholders worked to achieve this. He described it as one of the finest examples of Sankalp Se Siddhi. Once the people of India decide to do something, there is no force that can prevent them from getting the desired results, he declared.

The Prime Minister said that with almost 3000 tigers, India is today among the biggest and most secure habitats.

Prime Minister asserted that the way ahead is “collectiveness” instead of “selectiveness.” He said that a broad-based and holistic look is essential for environmental conservation. He said, it is possible to strike a healthy balance between development and environment. “In our policies, in our economics, we have to change the conversation about conservation,” he added.

India will build more homes for our citizens and that the same time create quality habitats for animals. India will have a vibrant marine economy and a healthier marine ecology. This balance is what will contribute to a strong and inclusive India, the Prime Minister asserted.

He said that in the last five years, while work has proceeded at a fast pace for next-generation infrastructure, the forest cover in the country has also grown. There has also been an increase in the “protected areas.” In 2014, there were 692 protected areas, which increased to more than 860 in 2019. The “Community Reserves” have also grown from 43, in 2014, to more than 100 now. 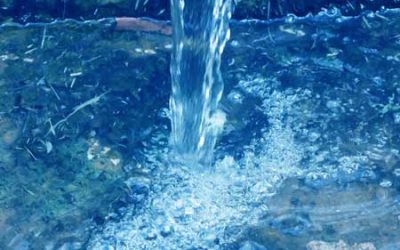 The initiative seeks to ensure the sustainability of open defecation free (ODF) villages created under the Swachh Bharat Mission in the long term and enable field trainers and members of Panchayat Raj Institutions (PRIs)  to create capacity to manage solid and liquid wastes as well as improve access to safe and adequate drinking water supply.

Addressing more than 6,000 Mukhiyas (i.e., panchayat heads), Jal Sahiyas, Swachhagrahis and others present on the occasion, Shekhawat emphasized the need for people’s participation highlighting that it is now time to turn the “jal ka andolan” into “jan ka andolan”to avert the impending water crisis. He appreciated the role of people who has committed themselves towards the cause of the Swachh Bharat Mission. Because of their efforts, in ODF and sanitized villages lakhs of lives have been saved, he added. He urged the people to re-energize their efforts for enabling sustained safe sanitation practices and expanding their efforts towards the provision of piped water supply to every household.

The Minister of State, Ministry of Jal Shakti, Rattan Lal Kataria also appreciated the role played by the various stakeholders in making Jharkhand State ODF and reiterated that the country is on track to achieve an ODF India by 2nd October 2019, on the 150th birth anniversary of Mahatma Gandhi.

Addressing the gathering, Secretary, DDWS, Parameswaran Iyer shared the details of the capacity building training program. He shared that by January 2020, four Field Trainers (FTs) from each district will be trained through five-day Training of Trainers (ToTs) organized by the DDWS. The FTs would then train Sarpanchs, village secretaries and Swachhagrahis in their districts through a 3-day field training supported by the states and the districts, completing the entire exercise by March 2020.

During the event, a booklet and a film on the Jharkhand State Government’s Menstrual Hygiene Management Campaign – ‘Chuppi Todo-Swasth Raho’ Abhiyan were released while grassroots functionaries shared their experiences of being a part of the Swachh Bharat Mission (Grameen). This was followed by an award ceremony recognizing the outstanding contributions in the field of sanitation. 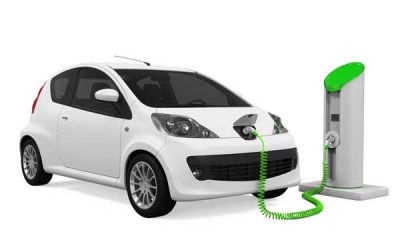 GST on all EVs and charging slashed to 5%

GST rate on charger or charging stations for EVs is cut from 18% to 5%. (Representative Image)

The 36th GST Council Meeting held in New Delhi via video conferencing under the chairmanship of Union Finance & Corporate Affairs Minister Nirmala Sitharaman, took the most awaited decision on electric vehicles. The meeting was also attended by Union Minister of State for Finance & Corporate Affairs Anurag Thakur besides Revenue Secretary Ajay Bhushan Pandey and other senior officials of the Ministry of Finance. The Council has recommended the following:

These changes shall become effective from 1 August, 2019.